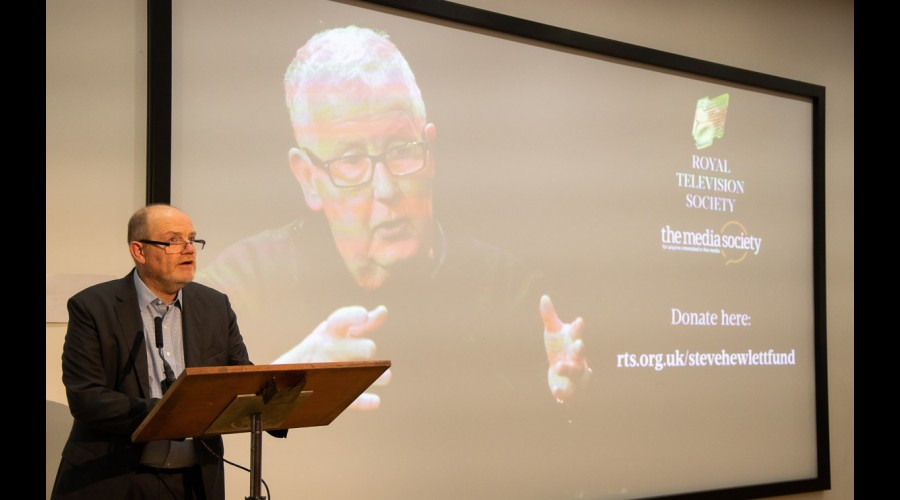 The BBC has been “hobbled by British policy making” over the past decade which is preventing it from fulfilling its full potential as the nation’s only truly global media force said Mark Thompson, former Director-General of the BBC lat the b2019 Hewlett Memoriall lecture.

Giving the third Steve Hewlett Memorial Lecture at London’s Westminster University, he accused policy makers of largely concentrating “on tightening the funding pressure and other constraints on the BBC further” including “the disastrous withdrawal of funding free licence fees for the over 75’s” agreed in the 2016 Charter now coming into full effect.

Instead it should have been unleashed and enabled to project a British perspective through UK talent, news and programming to audiences everywhere - not just in troubled global hot spots - in an expression of what he called cultural sovereignty.

“Equally damaging has been an officious government and regulatory environment which has sought to stymie or limit digital transformation and innovation by the BBC as much as possible”, especially with the 2009 decision to block on competition grounds Project Kangaroo, a proposed BBC led national streaming service to rival Netflix which he had championed. The current Britbox had taken “eight years, an eternity” to surface.

“Please let’s learn the lesson….and let them collaborate more freely with each other and the BBC when it can help with innovation and scale. Government media policy needs to change. Instead of a policy of no you can’t, it’s too dangerous, it needs to turn into a policy of yes”.

Thompson, who relocated to become president and chief executive officer of The New York Times in 2012 - where he has spearheaded wholesale digital transformation with a five million strong subscription pay wall - said the refusal ”speaks to a peculiarly British approach to the BBC and media policy broadly, which is to talk global but act parochial. In our blinkered discourse about media the more extravagant the talk of global opportunity the more narrow and inward facing the true world view”.

It arose from a concern “we might offend local political influencers, because our approach to digital competition hasn’t caught up. Because moving quickly and boldly is rather un-British and is probably best left to Americans and other foreigners”.

“All these controls and obstacles….discourage and punish innovation and as far as possible keep the BBC locked in its traditional broadcasting box”, while linear broadcasting is time limited, will one day come to a full stop, and is suffering an ultimately insupportable loss of young audiences.

Radio on the other hand, he predicted will probably fare better since the growth of podcasting has proved that young people will listen to serious speech audio. But other broadcasters depending on advertising including ITV and Channel 4 faced root and branch transformation.

Channel 4 was “an essential creative alternative to the BBC and enduringly valuable creative catalyst of the entire industry” but needed “a serious digital strategy and the means to deliver it, a job not just for Horseferry Road but Ofcom and government. The shift of the BBC and Channel 4 out of London is essential if the whole country is to make a digital transition. For Channel 4, Leeds is a start to the process not the finish”. (Thompson was chief executive of Channel 4 between 2002-2004).

“The good news is that the future of the UK’s pool of talent, its writers, actors, directors, producers, designers and great crafts, even the very best of journalistic talent looks better than ever. The independent production sector posted a record three billion pounds in revenue last year. There’s no reason why, given the global appetite this inward investment shouldn’t grow much further. Unfortunately that’s where the good news largely runs out”.

The Steve Hewlett Memorial Lecture is a joint initiative by the RTS and the Media Society.
Mark Thompson's lecture was given at the University of Westminster, central London on Wednesday 24th September 2019.

© 2021 The Media Society. All Rights Reserved