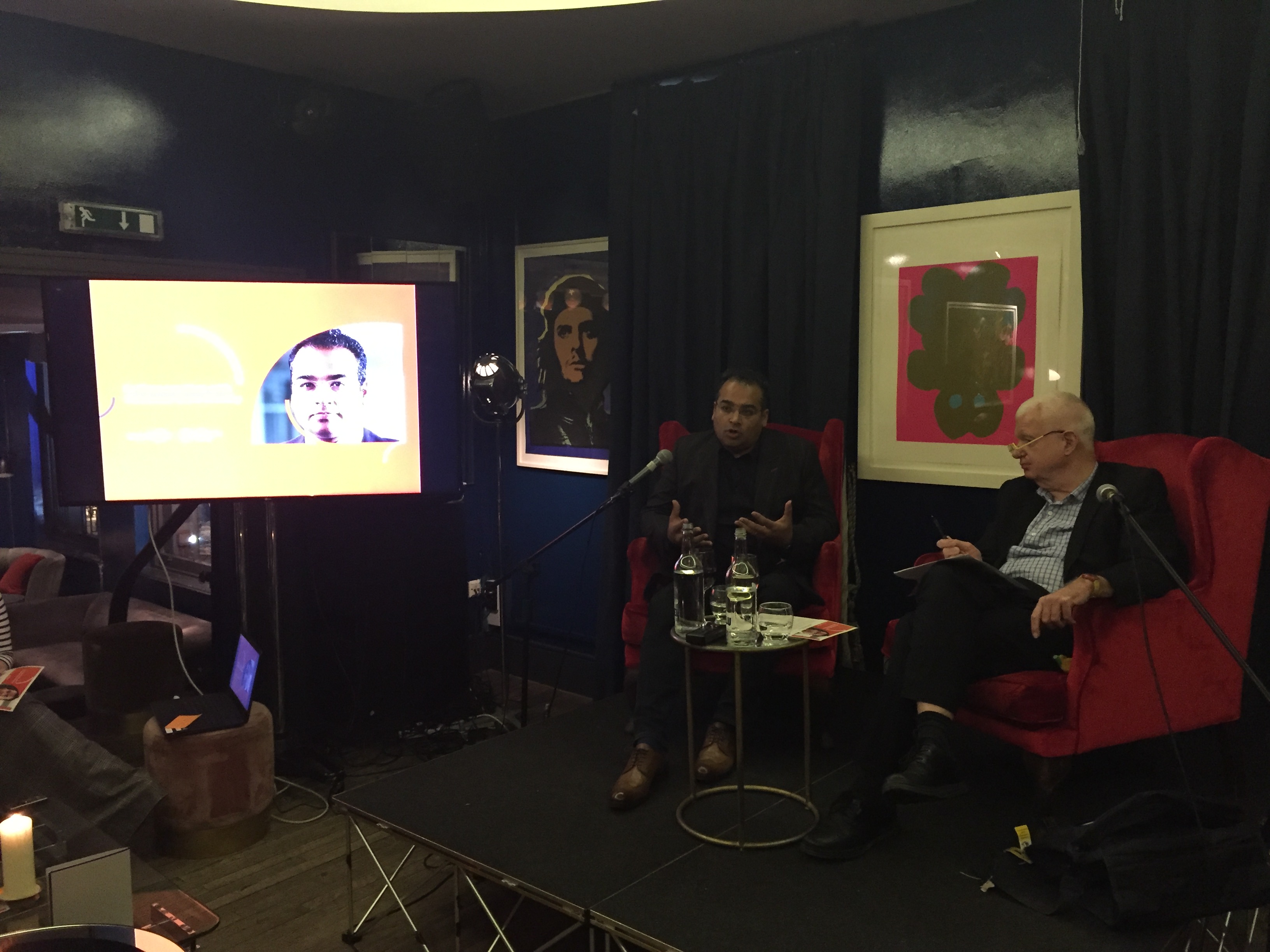 We’ve been talking about diversity in journalism for years - but one fact remains. Our industry is still overwhelming white, and overwhelmingly male.

As news organisations continue to struggle to talk about issues surrounding equality - let alone finding solutions, Krishnan Guru-Murthy is not one to mince his words.

“I was speaking to a producer recently,” the Channel 4 Presenter told The Media Society, “and I had to turn around and say ‘it’s because you’re a bunch of racists’. Not deliberately, but you don’t mean it when you say you want diversity. You just want a black or feminine version of yourself.

“In this middle class world, it’s easy to pick off the Oxbridge people like me, it’s more difficult to find backgrounds or accents that are different. But you have to be different. That’s the point of diversity”.

'We All Know What To Do, And That Is To Cause Trouble'

It’s an outspoken approach which seems appropriate for a man whose career doesn’t conform to the norm. During his turn at The Groucho Club, the journalist is open to discussing everything from his friendship with Jon Snow, to that strop with Robert Downey Jr.

“Channel 4 News is a programme that has a really strong sense of what it is,” he explains. “We all know what to do, and that is cause trouble, expose things, and get up people’s noses.”

Despite his current high profile status, Guru-Murthy’s career didn’t have the most conventional of beginnings. He first appeared on television at 15, interrogating some of Britain’s best-known politicians and public figures on the BBC Scotland Programme Open to Questions.

“They lined up young people to ask the questions,” he continues. “It was a complete bear pit and the audience were just told to ‘go for it’. I kept getting invited back because whenever it went a bit quiet, I think they could always rely on me to have a good question”.

The show did provide some unpleasant memories too though, with the young Guru-Murthy putting questions to Jimmy Savile, an interview that would resurface three decades later on Channel 4 News.

“He was horrible,” says Guru-Murthy. “We ran a big chunk [of his appearance] when the story broke because it was obvious even back then. He used to brag in tabloids about the women he’d slept with and his attitude to girls”.

Securing his first contract at the BBC aged just 18, the journalist continued to work for the organisation while he studied PPE at Hertford College.

The early pressure evidently paid off though, and he now has a reputation for being one of the fiercest interviewers in the business. “I know what I do, and I don’t back down. I don’t adopt a confrontational style, but sometimes it happens during the course of the interview. I don’t go in with a list of questions, I go in with a list of aims”.

That was certainly the case when interviewing Robert Downey Jr in 2015. When Guru-Murthy questioned the movie star about his past imprisonment and drugs offences, the star stormed out of the room, refusing to answer questions not about his new movie, and apparently later called reporter “a syphilitic parasite”. The clip has since been viewed almost 12 million times on YouTube.

“He was very uneasy, but as soon as he got antagonistic - ‘go on, ask your question, ask your question’ - I thought, ‘okay then, I’ll ask my damn question,’” explains Guru-Murthy. “That was what annoyed me about Downey Jr, when he said ‘what are we doing here, promoting a movie?’ No, this is an interview, not free advertising.”

18 Year Olds Can Do Anything

It would be easy to be intimidated by a journalist whose frankly incredible career began before he left home, but Krishnan Guru-Murthy remains humble, and confident in the future of journalism.

“A lot of what I’ve done may have been a case of the right place at the right time, but there’s a skill to it as well,” he adds. “I had the 18 year old confidence of thinking that I could do anything.”

“I love meeting people like I used to be; arrogant young people who think that they can do anything, because the truth is that they probably can”.