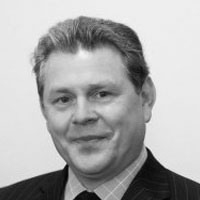 Patrick has more than 20 years’ experience in reputation communications and management, having worked with some of the world’s best known brands, at home and internationally, in-house and agency.

After a spell in regional journalism, he was introduced to PR and communications the hard way, as a press officer for the Meat and Livestock Commission during the BSE crisis. He joined BBC News during the Birt reforms, starting in radio during a tempestuous election campaign, working with programmes such as Today, The World at One and From Our Own Correspondent before moving to television where he dealt with policy and newsgathering as well as a three-season spell as press officer for Question Time with Peter Sissons.

Patrick became Head of Corporate Affairs for The Telegraph group, helping position The Daily Telegraph for a newspaper 'in opposition’ during the Blair years as well as handling price wars with News International and the Telegraph’s push for digital leadership.

He went on to work for Thomas Cook and T-Mobile as both companies sought and changed ownership. As Managing Director of the Public Relations Consultants Association (PRCA) he helped establish best practice and oversee self-regulation for the industry as well as becoming a spokesman for the value of PR consultancy. Patrick went on to became Corporate Managing Director at Ketchum, one of the world’s largest PR agencies, helping multinational clients as varied as the World Economic Forum and investment banks, to Kodak and KFC.

Having advised the UAE government on communications strategy and protocols, he co-founded RepComms.

A contributor to The Phone Hacking Scandal: Journalism on Trial? And After Leveson: The Future of British Journalism (Arima, Eds; John Mair and Richard Keeble), Patrick is a regular commentator on reputational issues.